Behind the scenes with Dark Night: A True Batman Story

Dark Night: A True Batman Story caught my attention last month with its heavy life story retold by Paul Dini and its gorgeous artwork by Eduardo Risso and I’ve been itching to write something about it ever since. So here it goes.

With so many blockbuster superhero movies airing in the past months and with more to come in the following retelling the stories of beloved characters and rehashing them for the ages, (there is still hope for DC, right? Wonder Woman will be an awesome flick, right? Trailer #2 told me so!) I got a sudden peculiar feeling of nostalgia. It made me go back to perhaps one of the most beloved adaptations of The Dark Knight’s story on the tv screen – Batman: The Animated Series.

I have never met anyone who hasn’t smiled nostalgically at the memory of being a kid in the 90’s (or hey an adult, I’m not judging. The show was awesome), waiting for the episode to start on Fox Kids. I’m right there too – I go back to the intro from time to time, to that beautiful contrast – the crooks silhouetted by black deeds and the night, the sky a burning, raging orange engulfing an anonymous, almost futuristic looking Gotham, Batman appearing larger than life, revealed by a single lightning standing atop that impossibly tall building, watching over. Here, allow me to refresh it for you:

It still gets you, doesn’t it? It’s so cool.

I’m showing you this because in the next few paragraphs Batman will play a major role, an influence. He’ll be spoken of as a symbol rather than a character. Now, I remember the show vividly even though I caught up with it after 1995 when in September 15 it aired its last episode of a total of 86. The iconic characters from that animated series, depicted in it the way they were are much dearer to me as opposed to those versions gracing the cinema screens in sequels, prequels and reboots now. It’s a sentiment I think many Batman fans share.

What I didn’t know up until now was who the people behind it were. I’ve watched all these episodes without a care for who its creators were. I didn’t know one person in particular and Dark Night: A True Batman Story told me about a very troubled period in his life.

I’m getting to the point of this “review”, bear with me. I’m looping from the end to the beginning and we’ll stop in the middle where the autobiographical graphic novel Dark Night: A True Batman Story takes place. It starts in 1989 when Warner Bros. Animation hires Paul Dini to work on Tiny Toon Adventures and after that on Batman: The Animated Series as a writer, producer and editor.

Dini, a lifelong Batman fan is a lucky man as he is writing stories for his idol. Alas he isn’t a happy man. In the first pages of the graphic novel Dini tells the story of a loner, battling low self-esteem and fighting to float above but always drowning in his self-manufactured misery that generates from falling for shallow women mistaking him with a bff ticket to a Hollywood success. Then one night, in 1993, as he is taking a long walk home Dini gets attacked, mugged and brutally beaten. He survives the attack but spirals down a cycle of self-pity, self-harm, alcohol and abstinence from Batman.

That’s how the autobiographical story opens and throughout it we as readers get to experience a painful yet oddly humorous transition from the pretend happiness of a loner to the downright scary self-harming psychological daymare infested with Batman’s cast pouring criticism and bullying Dini into submission or opposition.

It’s a dilemma that Dini faces – why should he write about Batman who saves the innocent when he himself suffered such an injustice – being mugged, humiliated, left on the street to die while the attackers were never caught? Justice was never given to him and he relived that horrific night day after day. Why would he fantasize about heroism, about justice when the reality so often shows us that there’s no one there in the dark to offer you a hand and save you? So he postpones his work on Batman, he shudders away from his world and sinks in his own pain and fear chosing to be passive and allowing vulnerability to suffocate him, wrapping around him like a warm blanket falsely protecting him.

I remember a time when I held Batman on a sort of childish, epic pedestal and I remember when he was snatched away from me by a group of older children, bullies. They made every effort in convincing me I’d never get to be Batman’s sidekick, that he’d never come if I needed him, but he would for them. I was probably six. I don’t remember if I cried that day but I probably did. Wasn’t Batman supposed to be the hero protecting the weak and frightened? True, but I was never that. I forgot about the ordeal very quickly and returned to my personal imaginary sanctuary where Batman resided as a hero, inspiration, friend despite what others said. I’m drawing this silly little parallel for one simple reason and that is to say that I too have sought Batman in a time of need mistaking the drawing with the idea, the inspiration.

I expected much like Dini for a physical interaction, a retaliation that came from outside. Simply I waited for Batman to show up and beat some sense into their mocking faces. What Dini did was courageous. He managed to pick himself up and rekindle his belief in Batman. He understood that help could also come from within.

Snapshot from ‘Batman: Mask of the Phantasm’ (1993) property of Warner Bros. Animation

In the end he speaks the simple truth – Batman is an inspiration. The ideals he stands by are those we use to overcome our pain and in Dini’s case his trauma. All through the pages we see him struggle and fall in advice with imaginary Joker whispering in his ear. He allows these characters to materialize in a sort of way into his life and represent themselves via the countless bottles of alcohol, the laziness by proxy of self-hatred and the fear. It’s astonishing to see how these characters though acting separate are actual pieces of Dini as they would be of any of us albeit in lesser forms perhaps, or not as pronounced as the Joker per say. But they are real and they are easily allowed into our lives.

The Joker approving of all the bad decisions, the Joker insisting on Dini indulging in laziness, numbness.

Two-Face insinuating the self-pity into Dini, the Penguin pouring endless alcohol into his throat, Scarecrow fueling the terror, Poison Ivy absolving the starlet and blaming Dini. It’s a nasty rollercoaster that lasts a long time for Dini.

Piece from Page 70 of ‘Dark Night: A True Batman Story’ by Eduardo Risso and Paul Dini, published on June 15, 2016 by DC/Vertigo Comics

But then there’s Batman. The voice of reason, the part of Dini that knows what he must do, that part responsible for creating many, many stories for Batman. He installs the confidence back in Dini, reminds him what his purpose is.

I always try to find pros and cons in the things I read, or watch, or play but in this case there is none. I spotted some complains that there aren’t any BTS on the back pages, but that’s such a minor issue that it can barely be called that. I wasn’t familiar with Risso’s artwork until now but it fits the mood of each page so fantastically and builds up the accumulating emotions or lack of through the colors. You can see how much the blue color plays a part in illustrating the attack and a great portion of its aftermath but this is still such a small demonstration of what Risso does in bringing the story to life.  Each page is more gratifying than the last and the combat sequence between Batman and Dini’s attackers is masterfully done. I’m definitely looking forward to more from Risso.

A fantastic insight into what could have been was Paul Dini’s desire to include Morpheus or Dream of the Endless from The Sandman comics into an episode of Batman: The Animated Series. I would have loved that so much! How awesome could it have been? Also one of many interesting facts is that Dini along with Bruce Timm who developed the show introduced Harley Quinn! Her first appearance was in the episode “Joker’s Favor”, so you and I have Dini to thank for her.

I picked the novel on Kindle for a lack of a better way, based on a quick glimpse on Vertigo’s Facebook page. I love Vertigo mainly because I got introduced to Sandman, Hellblazer, American Vampire and so, so many more fantastic works through it, so when Dark Night came along with its stark cover and intriguing title I had to check it out. All the more it stands out from everything else Batman related that was published in this medium, so it felt almost like a paradox – a Batman story, but not entirely about Batman.

Whoever out there got confused and was expecting a full story of solving crimes and kicking ass, it’s not that. It’s so much more. Without becoming a Batman driven story it explains and reminds in a sad and scary and beautiful way what Batman is about and why for over 77 years we have loved him in all his representations and adaptations. Except this moment. We don’t talk about this moment. Ugh…The cringe. (There’s a really neat extensive look into the best and worst of Batman throughout the years published on Antiscribe.com. Rinse that gif there.)

Back in February, Kevin Smith did an extensive interview with Paul Dini on an episode for his YouTube podcast Fat Man on Batman and you can pretty much learn the story behind Dark Night there, but I urge you to check out the graphic novel as well especially if you are a fan of Batman: The Animated Series. It’s well worth its price, Risso’s artwork is sublime, the story, this one of a kind insight is both touching and terrifying and it gives one hell of a heroic advice. Have you ever looked up to the Caped Crusader to save you?

For a bigger gallery jump over here

Many awesome and versatile 100-word stories, including one from me titled "Hollow" in this free issue which John Xero gathered from various submissions to his 101fiction.com. Click to download the PDF and check out the website for more short fiction! 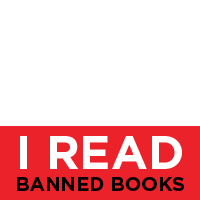 Grab the badge and continue the story

BuyMeaCoffee – Inside the Cave lived a Fox

The darker side of speculative fiction.

vignettes, poems, and other weird clutter

Exploring What Captivates, Inspires, and Intrigues.